An informal meeting of EU Foreign Affairs Ministers took place on 31 January – 1 February in Bucharest, Romania. The discussion of the first day focused on the situation in Venezuela in view of recent developments. The ministers reiterated that the presidential elections last May in Venezuela were neither free, fair, nor credible, lacking democratic legitimacy, and strongly called for the urgent holding of free, transparent and credible presidential elections in accordance with internationally democratic standards and the Venezuelan constitutional order. They reconfirmed their full support to the National Assembly as the democratic, legitimate body of Venezuela and the strongest possible support to its President in its institutional role. 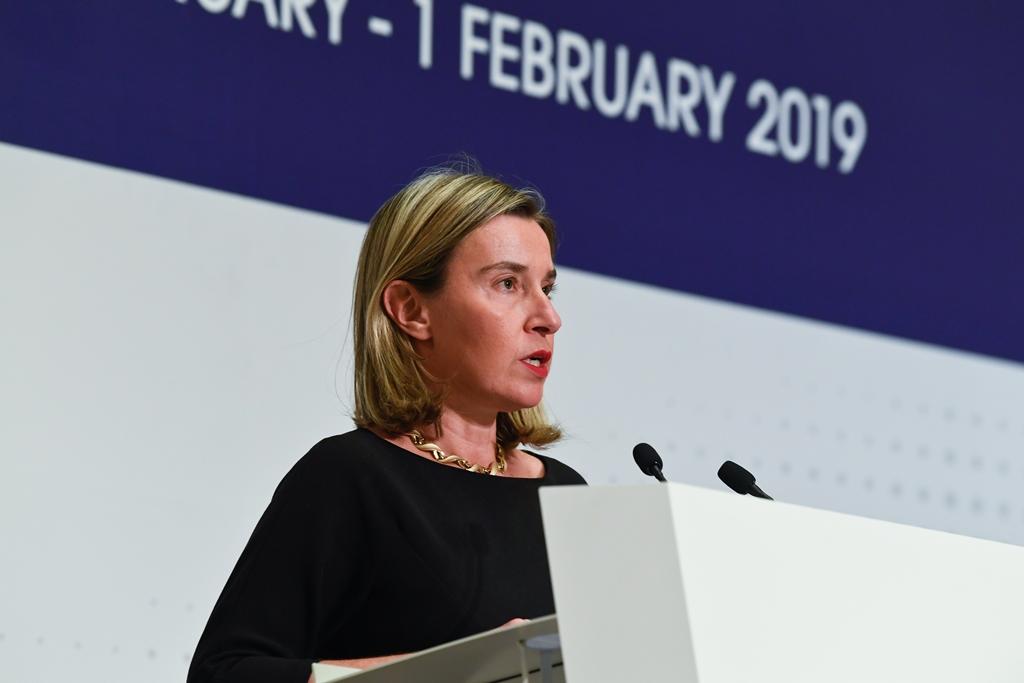 Given the urgency of the situation in Venezuela and as announced in the statement by EU High Representative Federica Mogherini on behalf of the European Union of 26 January, the ministers decided to establish an international contact group on Venezuela that was agreed among EU Member States and with some Latin American countries that will participate in it.

The objective of the International Contact Group is to, within a limited timeframe of 90 days, promote a common understanding and a more concerted approach among key international actors on the situation in Venezuela aiming at a peaceful and democratic solution to the current crisis. The group will help to build trust and create the necessary conditions for a credible process to emerge, in line with the relevant provisions of the Venezuelan Constitution, enabling Venezuelans to determine their own future, through the holding of new elections with all guarantees for a free and fair electoral process, supervised by international independent observers.

"The objective is not to open a formal mediation process and not to open a formal dialogue, but to support a political dynamic that the group can then further accompany and consolidate", underlined EU High Representative Mogherini at the press conference following the meeting.

The Group has a clear mandate with different phases and a clear timeframe. For instance, in a first phase, the Contact Group will ensure regular, discreet and structured contacts in order to build a common understanding among its members on the situation in the country, of the parameters for a peaceful way out of the crisis and of possible ways to help the country to achieve a peaceful and democratic solution through fresh credible elections.

The Group will have a balanced membership (10 to 12 members) with countries and international governmental organizations, with the EU and EU Member States with important stakes in the situation in Venezuela will be members. A representative and balanced participation of countries in the region is essential. The Group may decide to invite to participate in its meetings as observers some of countries that have authority and leverage/influence on the parties in Venezuela.

"Part of the group will be on the European Union side — obviously, the European Union, but also some of our Member States: France, Germany, Italy, Spain, Portugal, Sweden, the Netherlands, and the UK — and on the Latin American side we already have confirmation from Ecuador, Costa Rica, Uruguay and Bolivia", said Federica Mogherini at the press conference.

The permanent secretarial of the Group will be ensured by the EU/EEAS.

The Group will meet at different levels (ministerial and technical level). The Oriental Republic of Uruguay and the European Union will co-host on 7 February the inaugural meeting of the International Contact Group on Venezuela. The meeting, which will take place in Montevideo, will be held at ministerial level.

The political appropriateness and results achieved by the Contact Group will be reviewed after 90 days of its creation. The work of the Group will be terminated in the absence of sufficient progress.