The global security environment is becoming more contested, complex and interconnected. As armed conflicts and civil wars re-emerge even on the EU’s neighbourhood, new and unconventional security threats have emerged or grown stronger, including cyber-attacks, hybrid threats, terrorism, disinformation, climate change or artificial intelligence. In an increasingly interconnected world, Europe’s security starts abroad. European citizens expect and deserve to live in a safe and stable environment. In the face of increased global instability, the EU needs to take more responsibility for its own security and increase its capacity to act autonomously.

There is a strong link between what happens outside of the EU’s borders and security within Europe. In a rapidly changing world, security challenges have become more complex, multidimensional. No EU Member State can face these threats alone. When it comes to security, the interests of all Member States are inseparably linked. The EU made security a priority in its Global Strategy and has been working over the past years to create the conditions for Member States to collaborate more closely with each other on security and defence. A lot of progress has been achieved – more work will consolidate it.

A Strategic Compass for Security and Defence

A Strategic Compass for Security and Defence

The EU is facing new and increasing threats and challenges. To counter them, protect its citizens, and enhance its strategic autonomy to become a stronger global partner, the EU needs to define what kind of security and defence actor it wants to be. The current higher level of ambition to work together in the area of defence is a clear response to this demand by European citizens and to our global partners’ expectation that Europe be able to react to crises in a fast and effective manner. In short, the European Union has to be in a position to look after its own security interests and carry its share of responsibility as a global security provider.

Read the factsheet on Strategic compass

The Common Security and Defence Policy (CSDP) enables the Union to take a leading role in peace-keeping operations, conflict prevention and in the strengthening of the international security. It is an integral part of the EU's comprehensive approach towards crisis management, drawing on civilian and military assets.

The CSDP provides the EU with an operational tool to promote international security. Over the past few years, the EU and its Member States put in place a set of new measures and tools to increase the effectiveness of their actions.

CSDP is part of the EU's toolbox for global security and peace alongside diplomacy, humanitarian aid, development cooperation, climate action, human rights, economic support and trade policy. These different instruments are combined in a specific way fitting the particular circumstances of each crisis or situation. This tailor-made, multi-faceted approach – continuously adjusted to evolving conditions – is the EU’s so-called Integrated Approach as presented in the EU Global Strategy. These strengths –  combining Europe's soft power also with military tools – are all helpful when it comes to fostering security and promoting European interests and values.

What we do: Actions and policies

The EU’s contribution to global peace and security is based on a comprehensive toolbox that encompasses a wide range of means: from diplomatic efforts, development support, mediation and conflict prevention to nuclear non-proliferation, arms export controls or maritime security. It is supported by the work of almost 5,000 EU military and civilian staff who are currently deployed in CSDP missions and operations in three continents. The combined and tailored use of these instruments allows the EU to contribute to sustainable peace, and to provide global security around the world.

A Security and Defence policy fit for the future

The EU is facing increasing threats and challenges, ranging from conventional to transnational threats including hybrid threats, cyber-attacks and pervasive and persistent instability and conflict in its immediate vicinity and beyond. At the same time, climate change is exacerbating conflicts and instability in fragile societies, while melting ice in the Arctic is turning the region into a geopolitical flashpoint, with the opening of new shipping routes and access to natural gas and oil deposits. To address a fast-changing geopolitical landscape, the EU needs a Common Security and Defence Policy fit for the future. This will require new efforts and sustained efforts, as well as more investment in capabilities and innovative technologies to develop cutting-edge military capabilities, fill strategic gaps and reduce technological and industrial dependencies.

Climate change – a priority for EU’s security and defence policies

Climate change has become more visible in recent years, affecting our daily lives. Rising temperatures will make parts of the global uninhabitable, with knock-on effects on security as societies struggle to adapt to a growing water scarcity and lower agricultural output. This will increasingly undermine peace and security, especially in fragile countries.

Furthermore, the Russian unprovoked aggression against Ukraine and the current energy crisis add a shifting geopolitical, strategic and economic context to the discussion on the links between climate change and security, highlighting the need to reduce fossil fuel dependencies in the defence sector. The war in Ukraine has also reminded us again of the extremely harmful environmental impact of conflicts that are now very visible at EU borders.

As the world’s biggest contributor of climate finance, the EU is supporting adaptation and mitigation, especially in fragile and conflict-affected states and regions. It also supports projects focusing on security risks posed by climate change. For instance,  the EU and the UN Environment Progress have worked together to develop tools and capacities to better analyse and prevent climate related security risks in two pilot countries.

The defence sector and the armed forces will also be effected by climate change in many ways, while at the same time asked to reduce their energy consumption. There is no contradiction between defossilisation of defence and ensuring operational effectiveness, quite the opposite. The EU has developed different fora to support Member States but more needs to be done.

Next steps in tackling the climate and security challenge

The EU will continue addressing climate change in EU security and defence policies. There is a clear need to step up its engagement in this field to match the new challenges and the changing geopolitical setting.  In 2023, the EU will present an ambitious framework for the EU’s work on climate, peace and security, allowing us to address this issue in a robust and efficient manner. And the EU will continue supporting its Member States in greening their defence sector.

Finally, since climate and environmental risks do not respect national borders, partnerships and multilateral commitment are needed to tackle the climate and security challenge efficiently. The UN and NATO are the EU’s key partners on this topic. We are also engaging more and more with a number of regional organisations, such as the African Union, the League of Arab States and the Organization for Security and Co-operation in Europe. 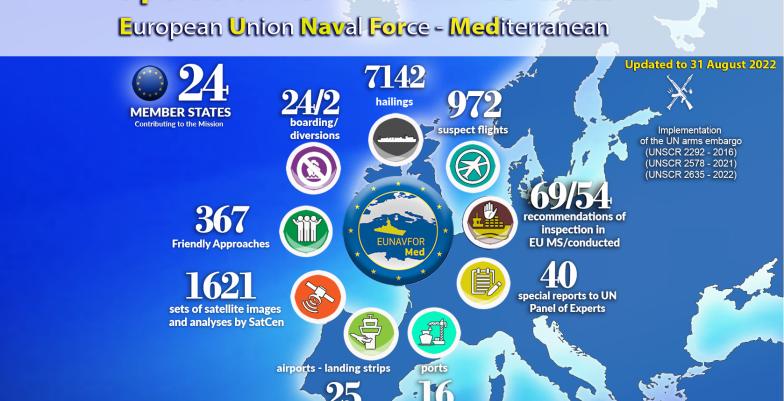 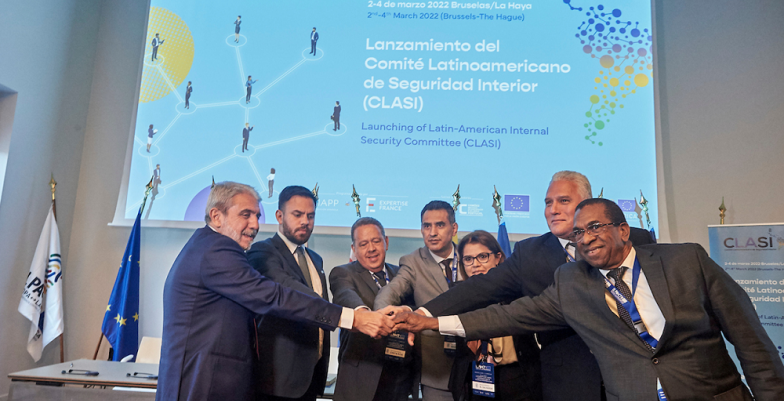 Europe and Latin America take security cooperation to the next level 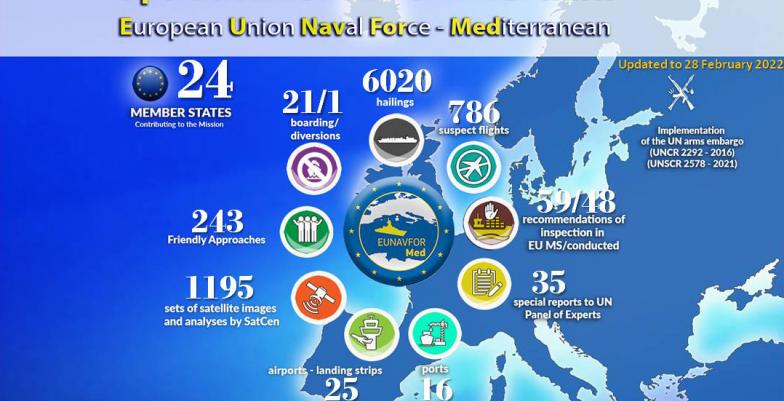 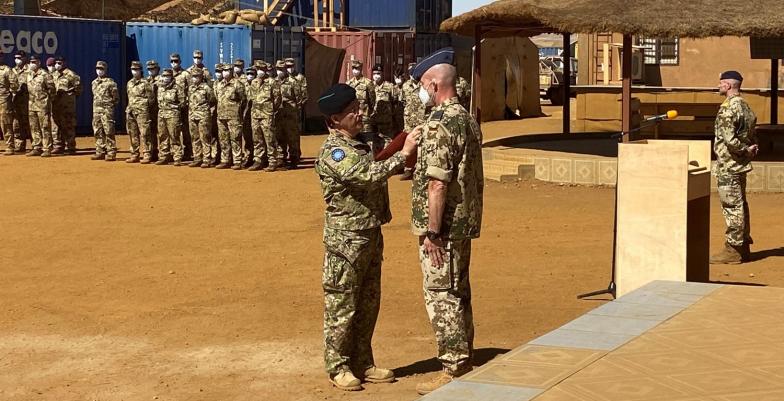 Deputy Director MPCC in the MATF’s GAZELLE Change of Command 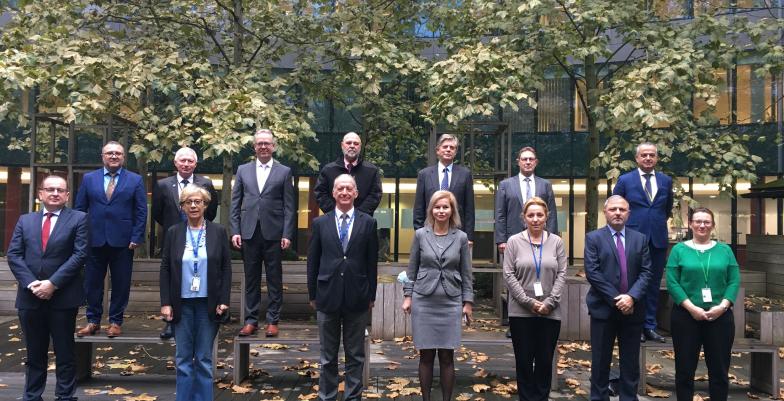